The New Yorker magazine which celebrates its 90th birthday this year is, to my way of thinking, an American treasure.  Throughout its existence it has nurtured many young, emerging authors and tapped the resources of even more seasoned writers.  An audio piece about the magazine tells its story.

Click here to get a brief written history of The New Yorker decade by decade. 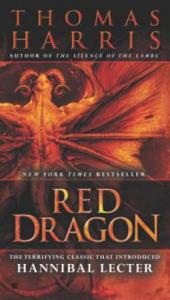 Answer: They are some of the “Baddies in Books” featured in a series of articles in The Guardian.

Can we – should we – separate the private lives of artists from their works?  Take the case of movie director and author Elia Kazan who appeared before the House Un-American Activities Committee (HUAC) in 1952.  He gave the Committee the names of eight actors who had been members, along with him, of the Communist party and encouraged others to do the same.  Many lives were shattered because of his testimony and when he was given an honorary Oscar in 1999 for his lifetime achievements, some in the audience refused to stand and applaud him.  Author Wendy Smith explores the complex issues in an article she wrote for The American Scholar.

“There is more great literary content out there than ever—but it is scattered across the Web. Literary Hub brings it together in one place, a go-to daily source for all the news, ideas, and richness of contemporary literary life. With the help of its partners—a cross-section of the best in contemporary literary publishing—Literary Hub will feature original and curated content about books and the people who write them, read them, love them.”

That’s the message you get when you go to the Literary Hub website.  Literary Hub is an ambitious project that has brought together many of the big names in the world of books to create a website that will have everything you need if you love to read book (or to read about the book industry).  The partners in this endeavor include Knopf/Vintage; Little, Brown and Company; Scribner; W. W. Norton; Penguin Press; and Bloomsbury.  A Wall Street Journal article gives us more information on what to expect and when to expect it.

And be sure to check out the links to other interesting literary websites contained in the WSJ article.

Why don’t Americans read foreign fiction?  Is it because English translations of foreign books are not available?  Is it because not enough of us are willing to tackle books that don’t speak to our own culture?  The answers to these questions are “yes,” and “yes.”  It’s complicated.

Jeff Somers, writing for the Barnes & Noble Blog, has compiled an interesting list of “10 Books You Should Finally Read in 2015.”  While his advice on how to approach books like David Foster Wallace’s Infinite Jest and James Joyce’s Ulysses may not turn them into easy reading, he makes a valid point in that you can approach books from different perspectives.  Your attitude when you begin a new book is very important.  Also, you can read a book on many different levels, and his tips suggest some of those levels.  So pick one of the books he recommends, read his tips, and get busy.

I think I’ll tackle Umberto Eco’s The Name of the Rose.  Somers claims that, “The trick with this admittedly dense and fascinating novel is simple: It’s a murder mystery. Let everything else hit you subliminally, and just concentrate on enjoying the story at its most primal level.”  I’ll let you know if his advice helps.