The list of the 2017 MacArthur “Genius” Grant winners has been released, and, as usual, the list is quite diverse.  Also, as usual, I am reminded of how unlikely it is that John D. MacArthur would be the person whose billions would make the grants possible.  An NPR article lists the recipients, their areas of interest, and provides interviews that the recipients have done on various NPR programs – where available.  The Eccentric Billionaire by Nancy Kriplen, a biography of John D. and Catherine T. MacArthur, tells the fascinating story of these unlikely philanthropists.  You can read a post that I did in 2015 about MacArthur here.

Historically we in the United States have had little interest in “world literature” – however you define that term.  Walter Cohen, an English professor at the University of Michigan has an article on the Oxford University Press  blog website that explains the meaning of the term “world literature,” and, more importantly, he provides a link to a website, Words without Borders, that features lots of interesting articles about world literature as well as some short stories translated into English.

Many authors have directed that their unfinished and unpublished works be destroyed, but Terry Pratchett may be the first to designate that a steam roller crush the hard drives containing those works.  And that’s just what happened.

I recently saw a CBS Morning News interview with sleep expert Professor Matthew Walker who was promoting his new book Why We Sleep.  There are also several YouTube videos in which  Walker discusses the subject.  Here is one of them.  He made one comment that startled me: a lack of sleep decreases our immune system’s activity so much that a lack of sleep could be considered carcinogenic.

Bookish features an article in which 13 Young Adult (YA) authors discuss the books that influenced their decisions to become writers.  The article also lists a book by each of the YA authors. 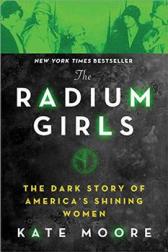 This is the time of year when book clubs choose the books to be discussed during the coming year.  BookBrowse offers a list of 13 books – both fiction and nonfiction – that your book club might want to consider reading in 2018.

A few years ago Hogarth Press began commissioning authors to write novels that were reimagined some of Shakespeare’s plays as novels.  The locations, the names of the characters, and even the storylines could be altered, but the substance of each play had to be discernible in the end product.  Edward St. Aubyn recently completed Dunbar which tells the story of a Canadian media mogul named Henry Dunbar.  The elderly Dunbar cedes control of his empire to his two oldest daughters who then deliver him to a facility where he is kept heavily sedated.  His youngest daughter, who was his favorite, took no part in the ouster.  She lives quietly on a ranch in Wyoming with her family.  Sound familiar?  It should since it’s the basic plot of Shakespeare’s King Lear.  The Atlantic has a review of the novel as well as a link to the Hogarth Shakespeare Series.

Authors often face law suits from people who claim that their ideas were stolen. Usually the cases are dismissed, but the authors sometimes have to go to court to clear their names.  Electric Lit has an article describing five weird lawsuits accusing authors of stealing ideas.  One concerns the word “muggle” which J.K. Rowling used to designate non-wizards.  A woman claimed that she invented the word, and that Rowling stole it from her.  In a post back in February 2013 I mentioned that the word “muggle” was used as early as 1926 to mean “marijuana cigarette.”

Authors name their characters only to have unscrupulous people claim that the authors used their names without permission.  Then come the law suits for damages.  This also happens in advertising.  I’ve read that when Procter & Gamble decided to do a commercial for Charmin bathroom tissue in which a grocer can’t stop himself from “squeezing the Charmin,” the advertising agency went through a list of its employees, chose the name “George Whipple,” and had the employee named George Whipple sign a contract saying that he was giving permission for the use of his name in the Charmin adds.  That protected Procter & Gamble from frivolous lawsuits by every other George Whipple in the world.

I don’t particularly care to read about the many battles of World War II, but I love to read about what was going on in the lives of those who were at home here in the United States while the fighting was going on just about everywhere else around the world.  Rationing of food, gasoline, and tires; Japanese internment along the Pacific Coast (but not in Hawaii); Rosie the Riveter; auto manufacturers ceasing production of cars in order to mass produce things like tanks, women fighting for equality in all aspects of life, black people fighting battles all over the world, but finding little acceptance back home – all of this and more was happening right here.  Audible has produced an audio masterpiece called The Home Front: Life in America During World War II which looks at many different aspects of what happened here after the attack on Pearl Harbor.  It is narrated by Martin Sheen and features comments by many learned history professors, celebrities like Carl Reiner, and (best of all) archival audio comments by the common men and women who were living through the uncertainty and hardships of the time.

The Home Front is eight hours of oral history that should not be missed.  Best of all, you can obtain it from Audible at no charge if you hurry.  I got it free because I have an Audible membership, and the website indicates that it will be free to everyone until mid-November.  However, I can’t promise you that there will be no strings attached – such as a 30 day free trial.  You can check it out for yourself here.  Note: you must have the free Audible app installed on your computer, phone, or tablet in order to download and play the program.

Audible also offers a Daily Deal each day of the week.  The Deal consists of an audio book that can be purchased for $2.95 or so.  You can check the homepage of the Audible website for the Daily Deal as well as for other deals such as The Home Front.

Women.com challenges you to name each of 22 books with only three clues for each one.  Can you do it?  Take the quiz here.  By the way, I answered all 22 correctly.  Not that I’m bragging.  I wouldn’t do that!